Cinder is a new C++ library for creative applications. It is free, open-source, and cross-platform (Windows, Mac, iPhone/iPad, but no Linux). Think of it as Processing, but in C++.

Their examples are impressive, especially some of the demos by Robert Hodgin (flight404): 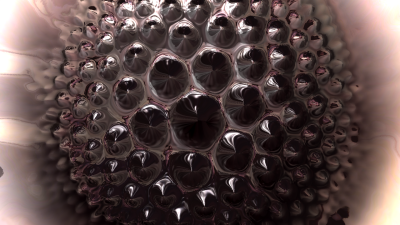 Cymatic Ferrofluid by flight404 (be sure to watch the videos).

Robert Hodgin has also created a very nice Cinder tutorial, which guides you through the creation of a quite spectacular particle effect.

Finally, it should be noted the openFrameworks offers related functionality, also based on C++.

One thought on “Cinder – Creative Coding in C++”