…some old, some new.

It was only a matter of time, before a Mandelbox would show up on the Demoscene: 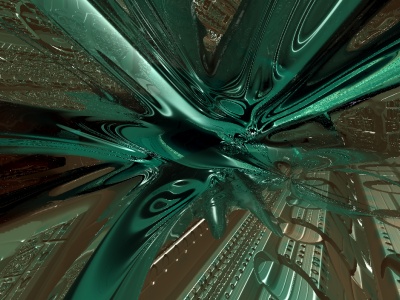 Hochenergiephysik by Still is a 4K demo, featuring the Mandelbox. If 4KB sounds bloated, Still has also created a 1K demo: Futurism by Still.

And while we are at it, may I suggest these as well: The Cube by Farbrausch, Rove by Farbraush, and Agenda Circling Forth by Fairlight & Cncd.

NodeBox 2.0 is out in a beta version. The big news is that it is now available for Windows. It also sports a graph-based GUI for patching nodes together.

Tacitus is a GUI for creating per-pixel GPU effects. In concept it is similar to Pixel Bender. It has a very nice look and feel, but a big short-coming is that it is not possible to directly edit the GPU scripts in the GUI – you have to compile your script to a plugin via an included compiler. Another feature I miss, is the ability to directly navigate the camera using the mouse on the viewport, instead of using sliders (something Pixel Bender also doesn’t support). But Tacitus is still in beta, and it will be interesting to see where it is going. It comes with a single plugin, a port of Subblue’s Mandelbulb Pixel Bender plugin. Tacitus is Windows only. 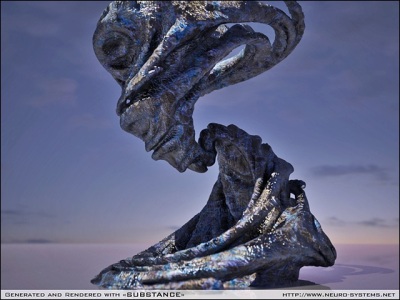 NeuroSystems Substance is an ‘Evolutionary and Organic Art Creator’. Some interesting concepts here, including a real-time global illumination raytracer (video here). Unfortunately, the raytracer is not part of the free viewer. Surprisingly, NeuroSystems impressive visualization technology seems to originate from SIMPLANT, a real-time 3D breast implant simulator. Substance is Windows only, and the full (non-free) versions should be released very soon. 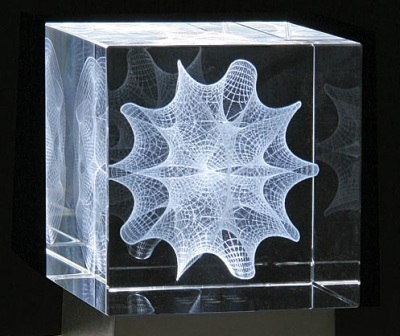 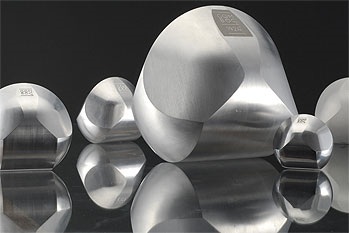 A Gömböc. “The ‘Gömböc’ is the first known homogenous object with one stable and one unstable equilibrium point, thus two equilibria altogether on a horizontal surface. It can be proven that no object with less than two equilibria exists.”