This year, one of the pictures at the International Science & Engineering Visualization Challenge, caught my interest.

Poelke and Polthier’s Lifted Domain Coloring is a coloring scheme for visualizing properties of complex functions: it maps numbers in the complex plane stereographically to the Riemann sphere, and assigns a hue based on the inclination angle (though I’m not sure that much is gained by the stereographic projection, since the polar representation of the complex numbers seems to provide all the needed information). Saturation and Brightness are controlled by the modulus of the number: when the modulus goes towards infinity, the color turns white, and for numbers close to zero, the color turns black. The exact radial mapping used by the authors is not specified in the paper, but I think my implementation is quite close:

The visualization scheme makes it possible to visually identify different properties, such as zeroes and poles in complex functions.

One of the ways, I think such a visualization may be improved is by using a heightmap: 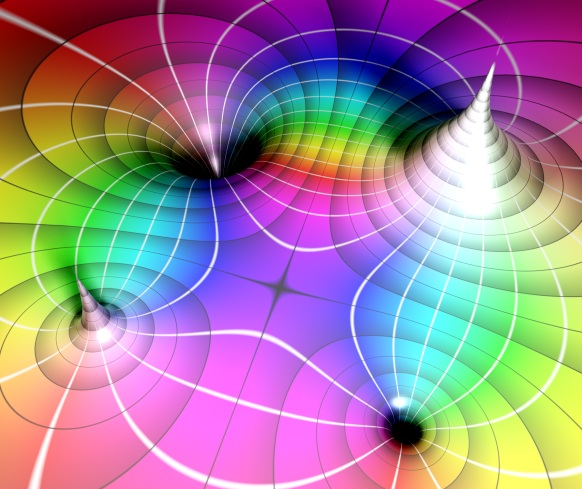 Here I’ve raised the poles and lowered the zeroes: first, I made the poles and zeroes appear symmetric, by transforming the modulus: r = abs(r + 1/r). Then I applied a sigmoid function to tame the infinities, and finally another sigmoid transformation was applied to change the sign of the zeroes. This technique will only work for somewhat well-behaved functions (meromorph functions – functions with a countable number of zeroes and poles).

Here is a Mandelbrot and Julia plot: 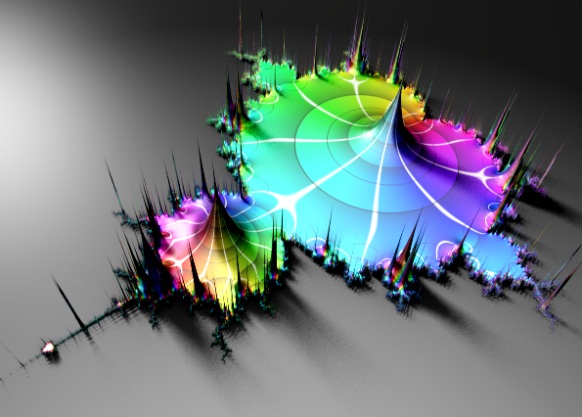 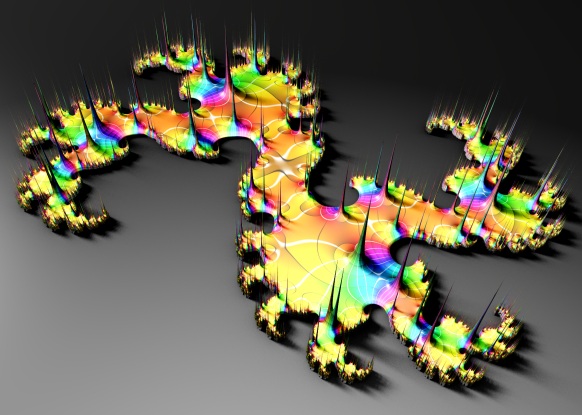 Usually Mandelbrot visualizations focus on coloring the outside of the set, but since the exterior of the Mandelbrot set has infinite modulus, only the interior (with its zeroes) are visualized here. The zeroes are visualized as peaks for better graphical clarity. 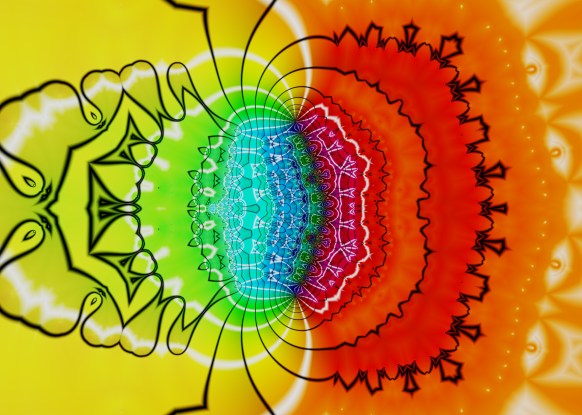 Here, the coloring scheme does a decent job for low iteration counts, but for higher iterations the images become messy, so for pure aestethic purposes there are probably better coloring schemes around.