My last post mentioned some scripts that Knighty (a Fractal Forums member) made for distance estimated rendering of many types of polyhedra, including the Platonic solids. Shortly after, Knighty really raised the bar by finding a distance estimator for four dimensional polytopes. In this post, I’ll show some images of a subset of these, the convex regular polychora.

There are several ways to depict four dimensional structures. The 4D Quaternion Julia, one of the first distance estimated fractals, simply showed 3D slices of 4D space. Another way would be to project the shadow of a 4D object onto a 3D space. Ideally, a proper perspective projective would be preferable, but this seems to be complicatated with distance estimation techniques.

The technique Knighty used to create a 3D projection, was to place the polychoron boundary on a 3-sphere, and then stereographically project the 3-sphere surface onto a 3-dimensional space. For a very thorough and graphical introduction to stereographic projection of higher-dimensional polytopes, see this great movie: Dimensions. It should be noted that the Jenn3D program also uses this projection to depict a variety of polytopes (using polygonal rendering, not distance estimated ray marching).

Back to the structures:

The 5-cell (or 4-simplex, or hypertetrahedron) is the simplest of the convex regular polytopes. It is composed of 5 three-dimensional tetrahedrons, resulting in a total of 5 vertices and 10 edges. It is the 4D generalisation of a tetrahedron. 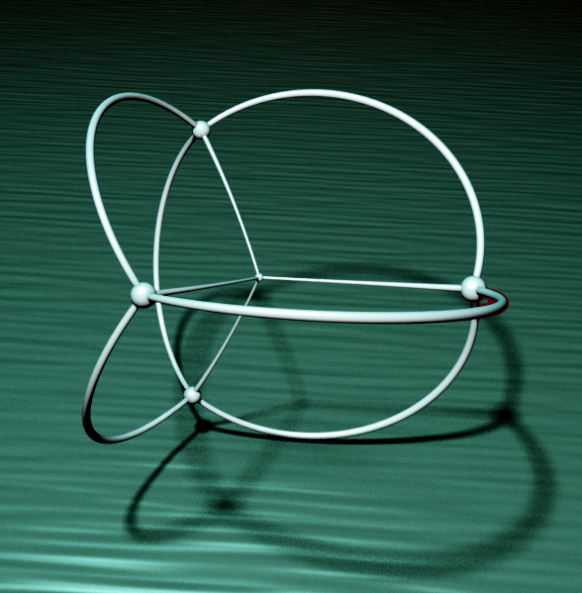 The curved lines are a consequence of the stereographic projection. In 4D the lines would be straight.

The 8-cell (or hypercube, or Tesseract) is also simple. Composed of 8 3D-cubes, it has 16 vertices, and 32 edges. It is the 4D generalisation of a cube. 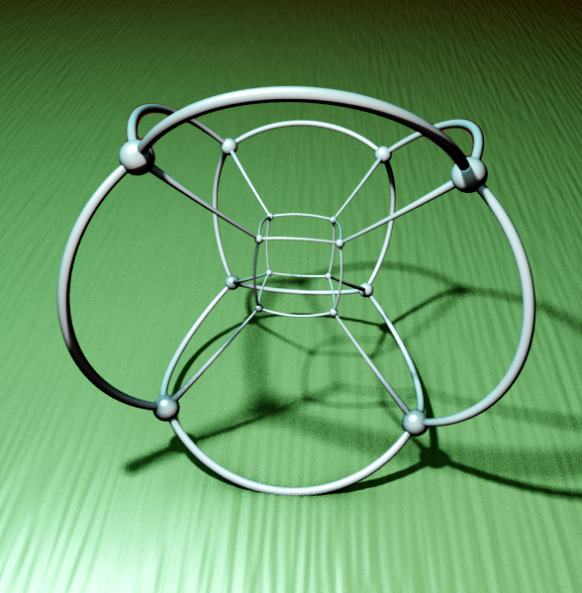 Things start to get more complicated with the 16-cell (or hyperoctahedron). It is composed of 16 tetrahedrons, and has 8 vertices and 24 edges. It is the 4D generalisation of an octahedron. 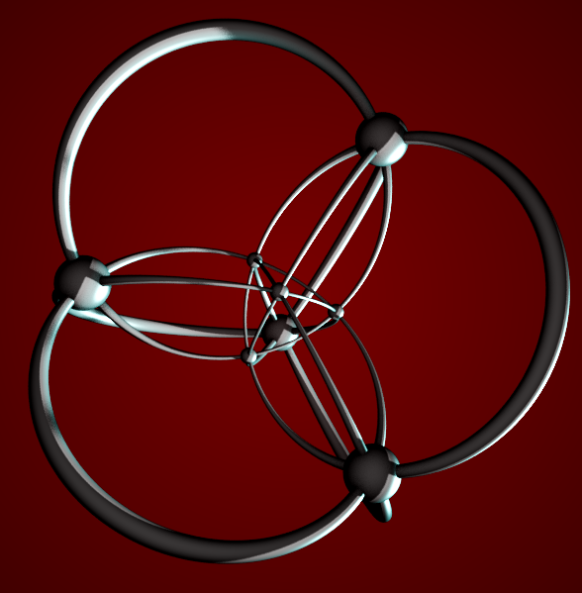 Notice, that if we rotate the 3-sphere, we can get interesting depictions, with edges getting infinitely long in 3-space: 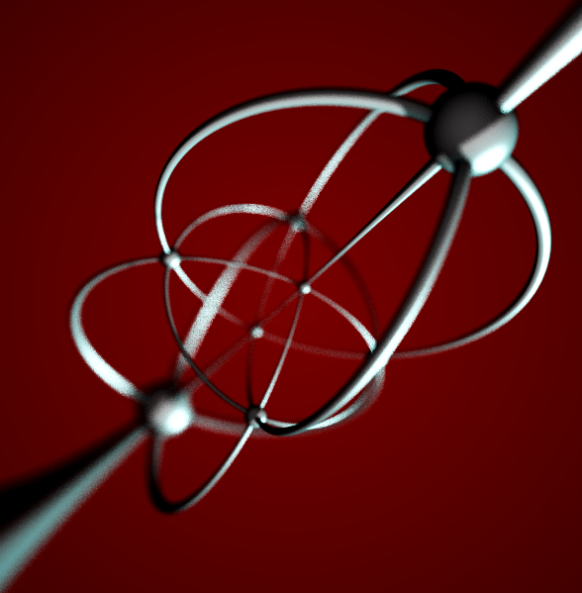 The 24-cell is exceptional, since it has no 3D analogue. It is built from 24 octahedrons, has 24 vertices and 96 edges. 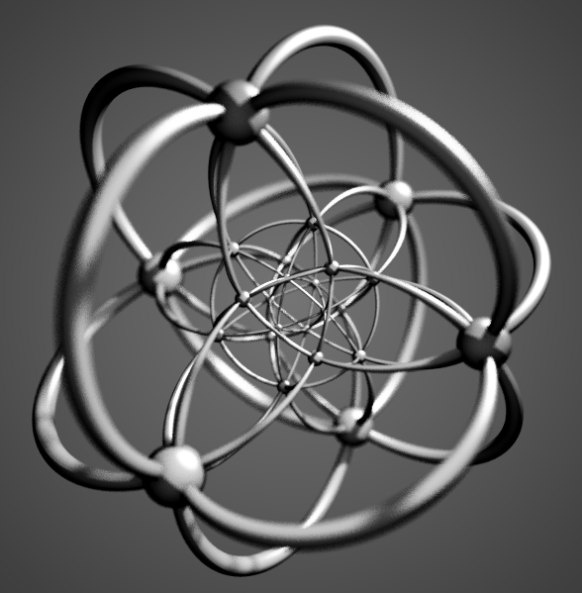 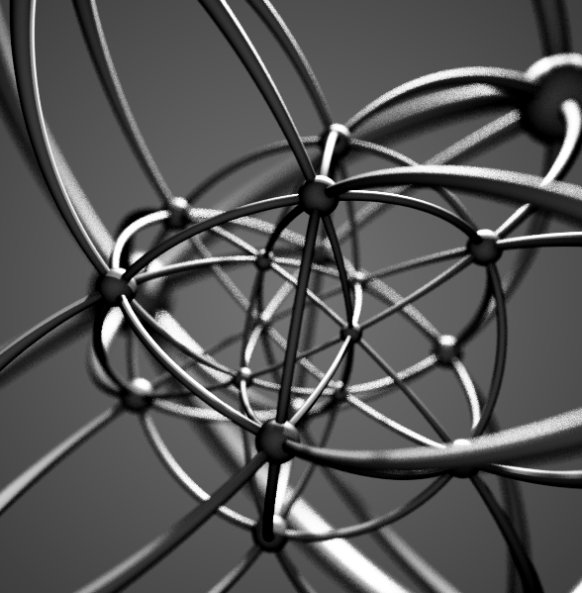 The 120-cell is a beast, built from 120 three-dimensional dodecahedra. With 600 vertices and 1200 edges, it is the most complex of the convex, regular polychora. It is the 4D generalisation of a dodecahedron. 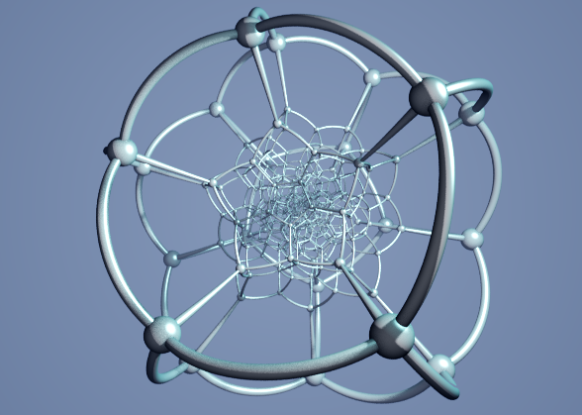 Zooming in, it is easier to see the pentagons making up the dodecahedra. 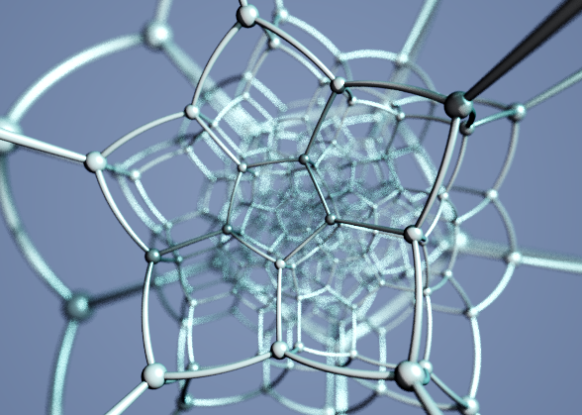 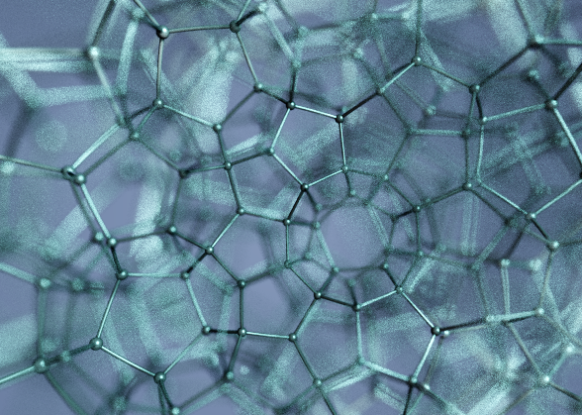 Finaly, the 600-cell is built from an even larger number of polyhedra: 600 three-dimensional tetrahedrons. However, the simpler polyhedra means there is only a total of 120 vertices and 720 edges. It is the 4D generalisation of an icosahedron. 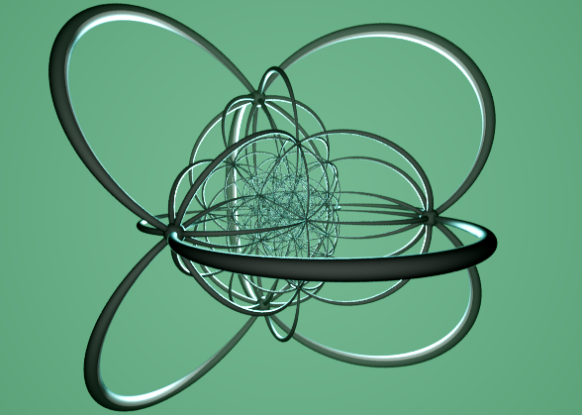 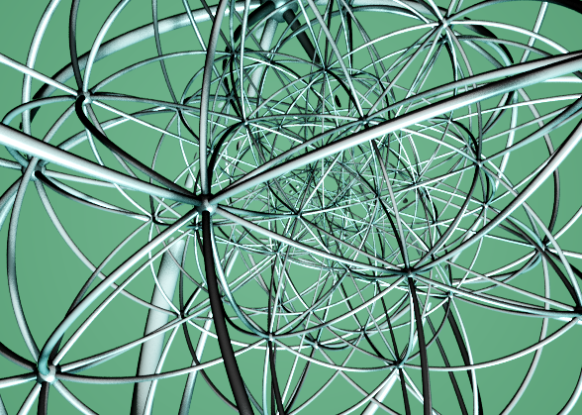 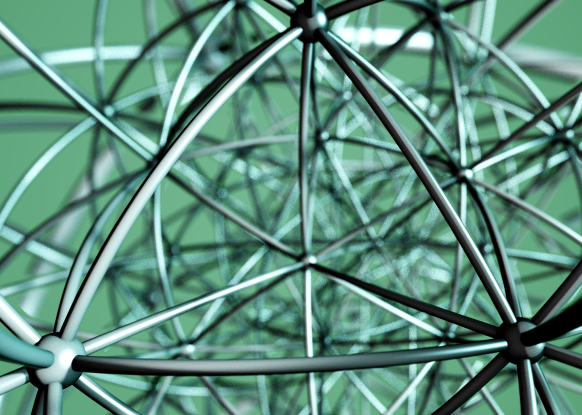 Knighty’s great Fragmentarium scripts can be found in this thread at Fractal Forums.

Knighty’s script is not limited to regular convex polychora. Many types of polytopes can be made. Here are the parameters used for the images in this post:

And for completeness, here are the parameters for the 3D polyhedron script: