As I mentioned in my previous post, I started experimenting with GLSL raytracing a couple of months ago, and I’m now ready to release the first version of Fragmentarium, an open source, cross-platform IDE for exploring pixel based graphics on the GPU. 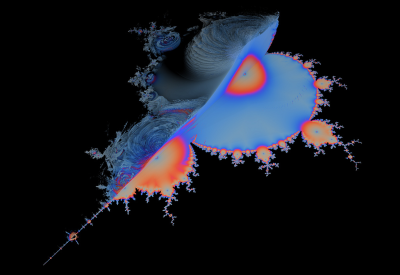 It was mainly created for exploring Distance Estimated systems, such as Mandelbulbs or Kaleidoscopic IFS, but it can also be used for 2D systems. 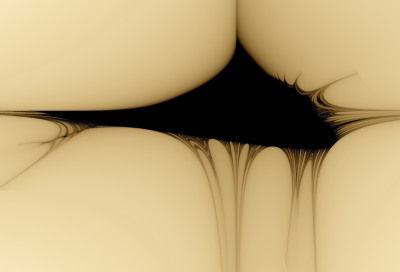 Fragmentarium is inspired by Adobe’s Pixel Bender, but uses pure GLSL, and is specifically created with fractals and generative systems in mind. Besides Pixel Bender, there are also other, more specialized, GPU fractal applications out there, such as Boxplorer and Tacitus, but I wanted something code-centric, where I quickly can modify code and use code in a more modular manner.

There are binaries for Windows, but for now you’ll have to build it yourself for Mac and Linux. You will need a graphics card capable of running GLSL (any reasonably moderne discrete card will do).

Here is a screenshot: 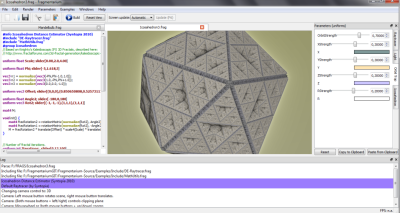 Fragmentarium is not a mature application yet. Especially the camera handling needs some work in the next versions – camera settings are not saved as part of the parameters, no field-of-view control and you often have to compensate for clipping. For future versions I also plan arbitrary resolution renders (tile based rendering) and animations.

There are probably also many small quirks and bugs – I’ve had several problems with ATI drivers, which seems to be much more strict than Nvidias.