Over at fractalforums.com another interesting 3D fractal has emerged: the Mandelbox.

It originates from this thread, where it was introduced by Tglad (Tom Lowe). Similar to the original Mandelbrot set, an iterative function is applied to points in 3D space, and points which do not diverge are part of the set. The iterated function used for the Mandelbox set has a nice geometric interpretation: it corresponds to repeated folding operations.

In contrast to the organic presence of the Mandelbulbs, the Mandelbox has a very architectural and structural feel to it: 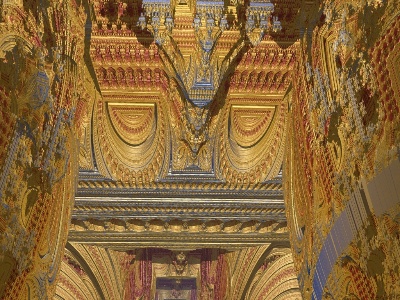 The Mandelbox probably owes it name to the cubic and square patterns that emerge at many levels: 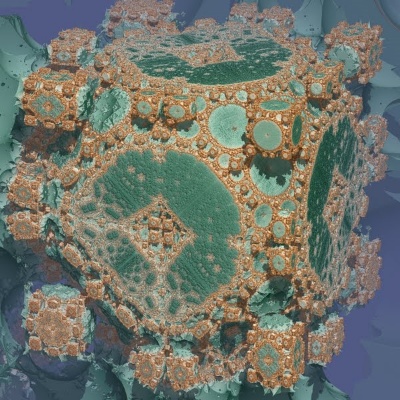 It is also possible to create Julia Set variations: 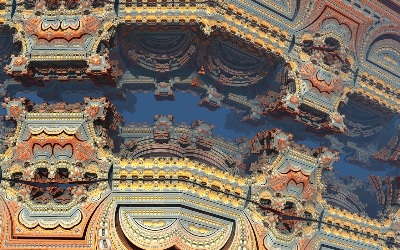 Juliabox by ‘Jesse’ (click to see the large version of this fantastic image!)

Be sure to check out Tom Lowe’s Mandelbox site for more pictures and some technical background information, including links to a few (Windows only) software implementations.

I tried out the Ultra Fractal extension myself. This was my first encounter with Ultra Fractal, and it took me quite some time to figure out how to setup a Mandelbox render. For others, the following steps may help:

The CPU-based implementations are somewhat slow, taking minutes to render even small images – but it probably won’t be long before a GPU-accelerated version appear: Subblue has already posted images of a PixelBender implementation in progress.